MDC-T Spokesman, Khaliphani Phugeni has revealed that Nelson Chamisa has challenged the application for the variation of the congress date that was made by MDC-T Acting President, Thokozani Khuphe at the Supreme Court.

A pre trial conference was held this week and the case is likely to be heard after the 20th of August.

Phugeni told Gambakwe Media that any nominations for the President that were made are null and void as ED Mnangagwa has banned all political gatherings. 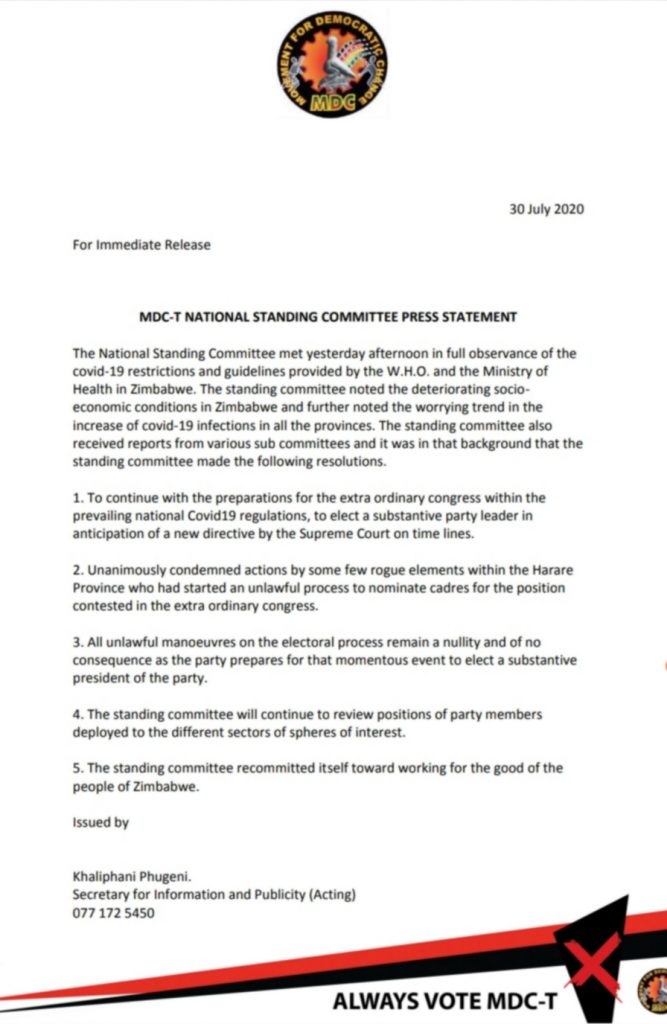 This is in line with a statement that was issued during the week.

Phugeni said the congress processes will resume once the ban has been lifted.

Replacement of recalled MPs and Senators

Phugeni said the list of MPs and Senators will be released within the next 7 days.

He said there are still two provinces where the lists are not yet final used.

Phugeni said Zimbabweans should have confidence in the MDC-T as processes are taking place as planned.

Phugeni said Dr Khupe will get nominations and should not be under-estimated.

We Will Remove ZANU-PF In November – Brian Mubvumbi

SA Army Called In After Violent Protests Break Out Over Unemployment.