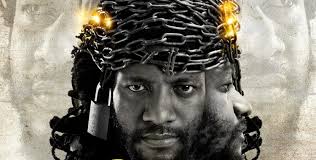 Winky D is one of those artists who songs are interpreted be it politically, socially or religiously. A number of his songs have been interpreted like Sando dzangu, kasong kejecha and dzemudanga.

Winky D recently released a sample song Canaan from his album. The album will be launched on the 31st of December.

The song has already been interpreted and this time politically. Zanu PF has posted a number of tweets interpreting this song.

One of the tweets says, “The WinkyDOnline song is a great song for Zanu PF. It Chronicles our journey from Rhodesia/Egypt to the Zimbabwe we want – Canaan,