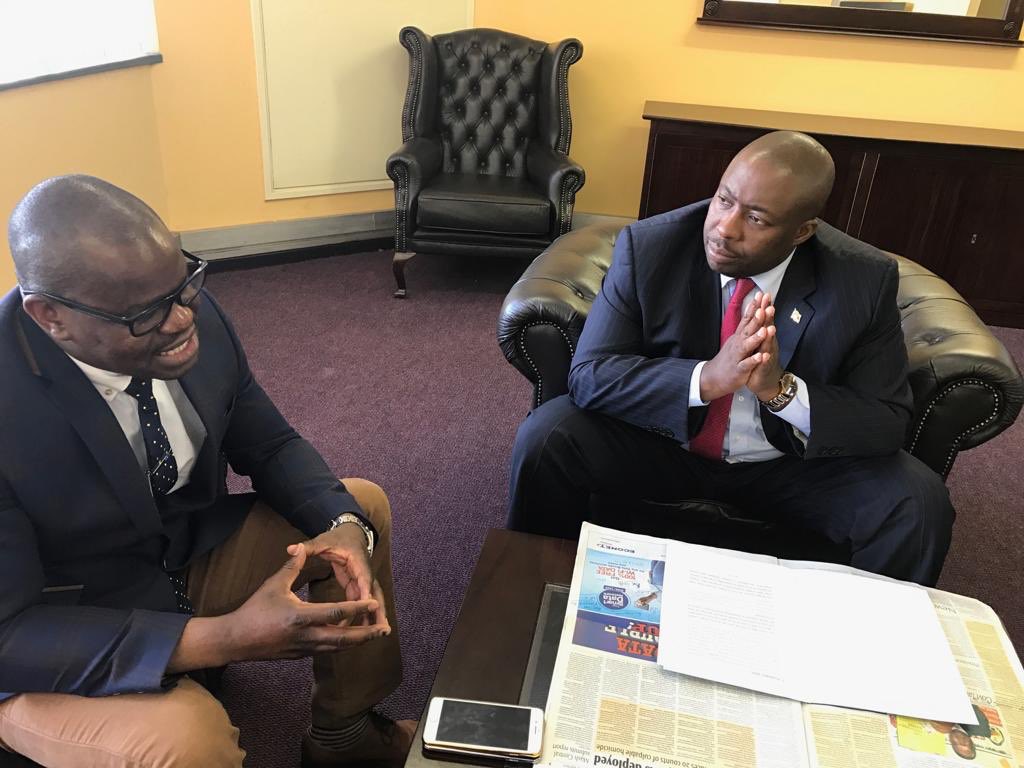 Saviour Kasukuwere has castigated Nick Mangwana for the continued persecution of innocent citizens who happen to differ with his diabolic leadership.

His remarks came in response to the threat issued by Emmerson Mnangagwa on any Zanu pF member that associates with the G40 members who have been declared enemies of the state.

Mangwana posted part of the statement which said “Anybody, doesn’t matter at what level if the are hobnobbing with G40 then they stand warned”.

On his twitter handle, Kasukuwere said “The statement you alluded to is a serious cause for concern.

You want to continue the persecution of innocent citizens who happen to differ with your diabolical leadership?”

Kasukuwere added that he will not be intimidated and Mangwana and his government should pay attention to the crumbling health institutions.