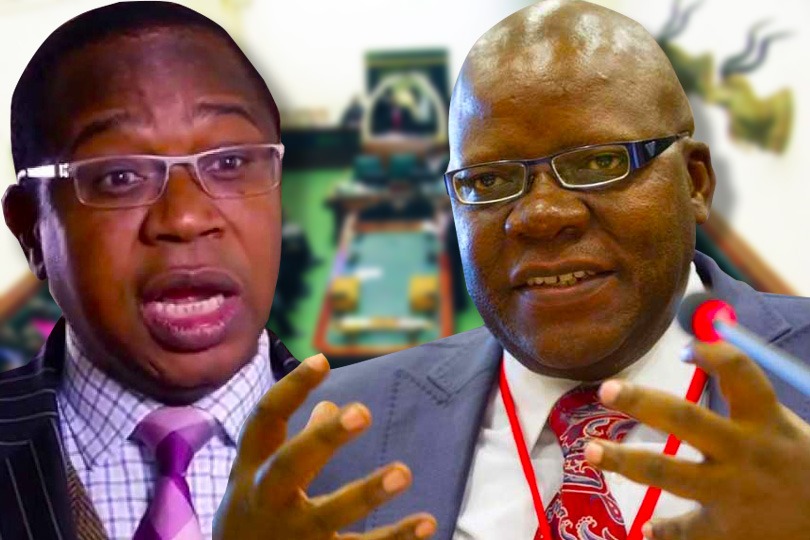 Former Finance Minister , Tendai Biti has come up with a list of critical issues affecting the Zim economy and how Mtuli Ncube’s today’s budget release will be tested on ability to address these. 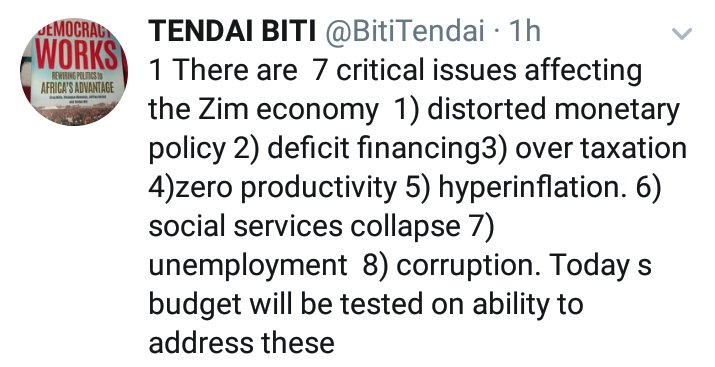 He also said that it is clear that there is no courage nor desire to address above key structural issues . It is not possible to have reform without reformers. 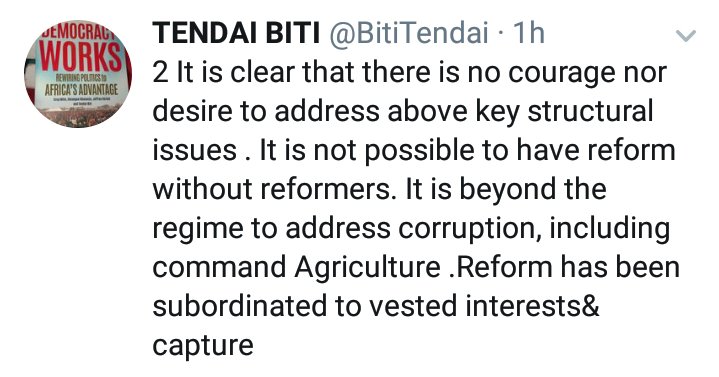 MDC Alliance Vice President also said its beyond the regime to address corruption, including command Agriculture.Reform has been subordinated to vested interests and capture.

He also believes that budgeting in hyperinflation reality is waste of time . A ZWL$30 billion budget is a mere US$1.5 billion & is a massive contraction. 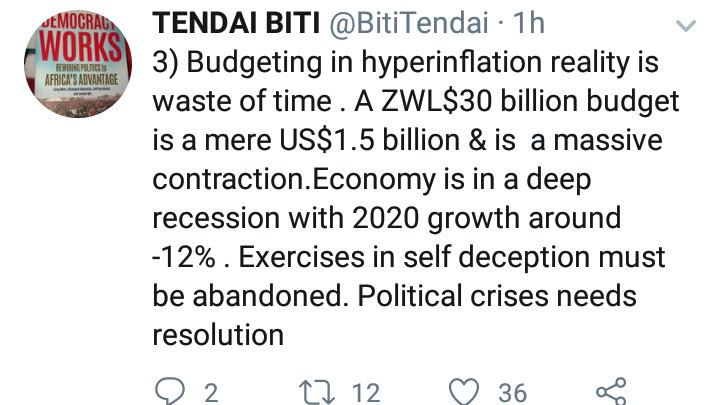 Biti argued that the economy is in a deep recession with 2020 growth around -12% . Exercises in self deception must be abandoned. Political crises needs resolution