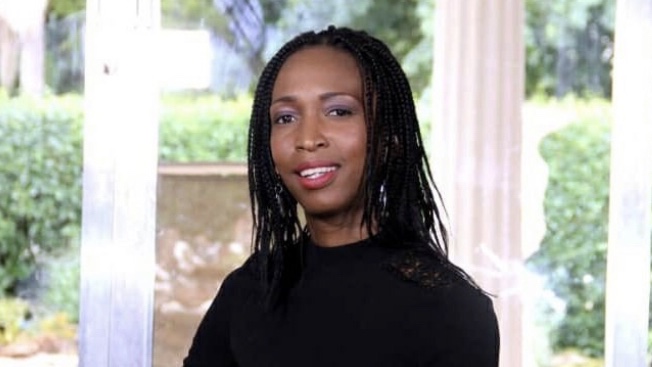 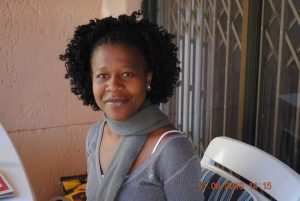 Zimbabwean controversial actor Tinopona Katsande has denied that she is responsible for her friend Rebecca Chinyerere’s death after allegations that she overdosed her with cocaine that made her collapse in the shower room of her house.

In a Facebook post on her page, Katsande cleared her name saying that Rebecca had depression problems and had even collapsed a week before she visited Tinopona’s house for sometime.

She said that Rebecca was bathing in the shower in Katsande’s house and suddenly she heard her children yelling that Rebecca had collapsed and for sure when she arrived there she saw Rebecca unconscious.

Katsande said that she got a taxi and took her to Kensington 24 hour clinic where she was pronounced dead when she was still in the Taxi before they were referred to Parirenyatwa Hospital.

Tinopona said that the cocaine allegations are a lie and that 10 police officers searched her house and found none however the Autopsy report revealed that Rebecca died from her enlarged heart approximately six times the normal size.

Rebecca Chinyerere was laid to rest on Sunday 28th of June and Rebecca extended her heart felt condolences to her family and children.

TINOPONA KATSANDE: OPEN PRESSER ON THE DEATH OF REBECCA CHINYERERE

It is with pain that I, Tinopona Katsande, write this open presser to clear the air on events surrounding the death my dear friend and confidant, Rebecca Chinyerere (Becky) May the truth I narrate clear my name against all the mudslinging that followed her death.

On the night of Tuesday 23 June 2020 my friend Becky collapsed in my bathroom at my house in Avondale and was pronounced dead on arrival at Kensington 24 hour medical emergency Clinic. She was laid to rest in Guruve on Sunday 28th June. May her dear soul rest in peace.

My friend Becky had serious medical problems and suffered from severe depression at the which very few people knew about. Only a week before her death she had collapsed while staying at their family home (where she was residing with her brother in Belvedere) and was treated at Parerenyatwa hospital. She had been fighting a drug addiction problem exacerbated by traumatic family relationships and depression. To my knowledge she had abstained from drug intake for sometime and was on a recovery path.

Becky contacted me and asked if she could visit for a couple of days with her two kids aged 13 and 3, to get some relief from the family stresses. I went to pick up Becky with the full agreement of her brother. We had so much fun during those two days.

On the 2nd day of her visit Becky was taking a shower in my bathroom upstairs. I sent the kids (my 4 year old and Becky’s 3 year old) to get some vasiline from her. They found Becky collapsed in the shower and raised an alarm. I then went upstairs to see what was happening, and to my horror what the children were shouting about was indeed true.

I can never forget the events that followed and that just seem like a long nightmare:
• I took Becky by taxi to Kensington 24 hour emergency centre where the attending doctor pronounced her dead while she was still in the taxi together with Becky’s two children.
• We were referred to Parerenyatwa hospital where we waited for 45 minutes in the taxi because Covid 19 protective equipment was still being awaited.
• With Becky’s phoned having already died the only way to inform her brother was to drive with the corpse and the children to Belvedere. The brother refused to assist, or even to have his wife accompany us back to Pare.
• Back at Parerenyatwa we finally got the assistance of the doctor and the police post. It was only then that the police spoke to Becky’s brother who finally came over for the statements to be completed. The body was taken to the funeral parlour.

Contrary to what the media is saying there were no drugs involved at my house or during the time of her stay with me. A search in my home by 10 police officers found none. The autopsy report states that Becky had an enlarged heart approximately six times the Normal size.

I find it disturbing that so many are now coming out of the woodworks, claiming to know and love and raise money for Becky in her death yet were nowhere to be seen when in life she most needed financial assistance, love and non-judgemental care. I am so very angry and totally disgusted at how the tabloid media rushed to publish falsehoods without verifying the facts just because the name Tinopona Katsande can help them sell papers. Finally I am appalled at how Becky’s family would try ” kundipomera mhosva ” I am at total peace with my God and with my friend’s spirit. I’m at peace that my friend spent her last day on this earth in an environment she felt loved unconditionally, where we laughed, ate, danced and sang with our kids. I gave my Becky a place she and her two boys could just relax and be happy even if only for that brief moment.

I would like to thank thank the taxi driver who assisted me through out this ordeal on the night. To my family who represented me throughout Beckys funeral and who have been standing with me from across the globe I am so grateful, yet again you have proved what it really means to be family. Thank you guys. And to the family that I have made along the way in my life’s journey, my real friends -” handina kana nemashoko ekukutendai”. You my friends are an imeasurable blessing. Indeed God sent me my fighting angels through you. I love you so . It is well

To Becky’s 3 children, you are not alone ever vana vangu. Nyika inga tarura zvakawanda as it always has , but you know I was your mum then , I am your mum now and I will be your mum forever. You know My heart and home are forever open to you

And to you my dear friend Becky I am devastated that you have left me. But even though I am still distraught I have gathered this little strength to be “that voice ” you always said you most admired about me. You always said that I was a strong woman who stands for those that can’t stand for themselves. The time to tell that truth had to be now or never.

To the media it is not ethical to write things without verification with all sides involved in the story and in so doing destroying people’s lives with content that is not representative of all parties.

Only God Can Intervene in Zimbabwe- Baba Tencen