Zimbabwe President Emmerson Mnangagwa, who is also the chairperson of the SADC organ on Politics and Defense hosted the SADC Troika plus Mozambique Summit in Harare to discuss an Islamic insurgency in the Northern parts of Mozambique.

Mozambique, Botswana and Zambia Presidents attended the summit on Tuesday.

The summit was held at a formal request of Nyusi to the regional body for measures to be taken to address the ‘urgent security situation’ in Zimbabwe’s eastern neighbors.

Mnangagwa said the insurgency in neighboring Mozambique needs “an enhanced joint action (by SADC) given the transnational nature of the terrorist groups” operating in that country.

Mozambique faces the twin threat of banditry from renegade Renamo elements, and from Islamic terrorists who have created mayhem in the Carbo Delgado region of that country.

Zimbabwe depends on her eastern neighbour for outlets to the sea, making security disturbances in that country a direct threat to Zimbabwe. 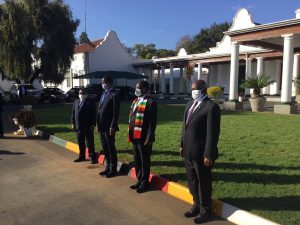 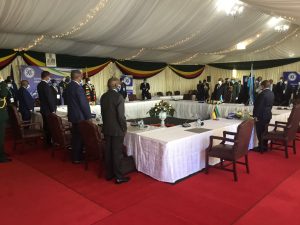