Prophet Emmanuel Makandiwa has claimed that his prophecy regarding Desperation in the Medical Sector has been fulfilled.

In the prophecy he said :

There is a group of people that I saw coming to Zimbabwe, their outward appearance seemed to be physicians but they are people on a mission, said Prophet Emmanuel Makandiwa in 2016.

This prophecy came at a time when there were no indicators whatsoever that there would be such upheavals in the health sector.

“An ordinary eye would see them as doctors bringing medical aid but i saw beyond the outward appearance.

You will think the Angels have arrived because of desperation but this has nothing to do with the health sector” revealed Makandiwa.

“Once they have gained entry and have been received, they will then do their jobs,” Makandiwa said ” They will find out what they want to find out”.

In the video, Makandiwa implores government to open their eyes and investigate whoever comes in. 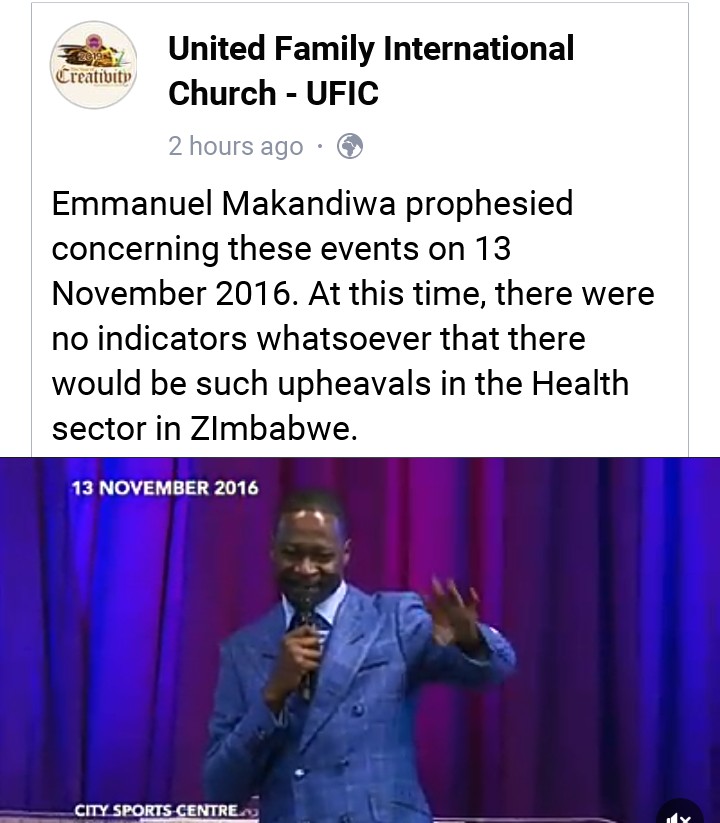