The Sunday Independent reports that the husband of Cyril Ramaphosa ‘spokeswoman, Khusela Diko, was this week Paid R80 Million for the controversial PPEs Supply contract through a front company. 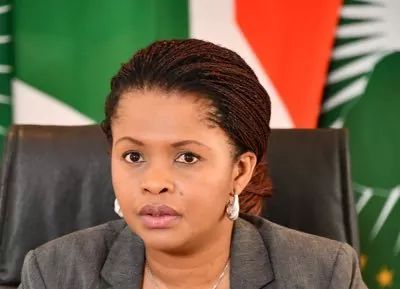 The Independent says the payments were made in 12 parts of between R38 000 and R38 Million after the company invoiced the department of health.

Rhulani Lehong Mboweni is a senior Manager at Nedbank.

Sources told the Independent that Lehong-Mboweni and Diko worked closely together in the sourcing and supply of PPEs.

Diko and Health MEC, Bandile Masuku, who claimed that the PPEs supply contract for Royal Bhaca was cancelled, have both failed to produce the cancellation letter.