MDC Alliance has located Davison Chamisa in Norton after he was drugged, brutalised and assaulted. 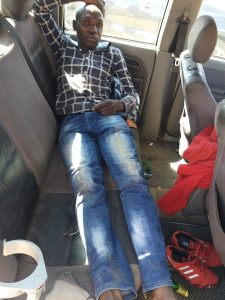 In a Statement on Twitter, MDC alliance revealed that Chamisa was dumbed in a railway line whilst unconscious.

They said that he was injected with an unknown substance and made to consume pills and was forced to drink the torturer’s urine and when he was found he could not walk.

This comes after Davison Chamisa was arrested for being involved in a whistle protest but was not taken into custody by any police station in Harare and had MDC lawyers searching for him. 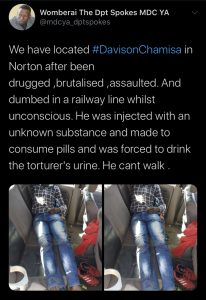