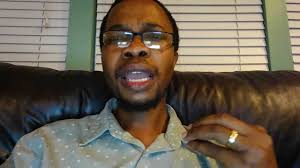 Social Activist and entrepreneur Freeman Chari says he is frustrated by the failure of MDC to adopt the online membership system.

Taking to twitter Chari said expressed his frustration over MDC’s lack of impetus.

“Instead of a member in South Africa having to wait for somebody to go to Harvest house where they are told 10 different prices of a card, the system had the capability of issuing soft documents that members could use esp those in the Diaspora seeking different reliefs”, said Chari.

He said, years back he built a member system for MDC. Only Tsvangirai & Eddie Cross appreciated the initiative, Chari faced resistance from the party including Cde Hwende.

After the 2013 election, the late Morgan Tsvangirai, tried to figure out how to rejuvenate the party because of frustration that the Scientific Organizing had failed.

By then, Chari was a major proponent of data-driven decisions in the party.

“Had a phone call in 2014 with the Treasurer Theresa Makone & MT wherein I explained the whole concept & the infrastructure needed. The party was supposed to know its members by every data point necessary. Tsvangirai argued it was going to be expensive, I told them will do it for free”.

The system would include a membership registration portal & manual data capture of every person who attended Tsvangirai’s national rallies.

Tsvangirai took the matter to the National Council and Obert Gutu was tasked to publicize. The central figures were supposed to be Obert, Theresa & Douglas however they showed lack of impetus.

It was only in 2016 when Tsvangirai tasked Eddie Cross to take over the project that things started to move.

“Eddie’s data capture team did a wonderful job of capturing rally attendees. After about 5 rallies mostly in Matebeleland we had more than 60 000 entries. Tsvangirai got ill”.

Chari said: ” a new crop came in & all institutional memory was lost but there are pple who knew about this especially Hwende”.

“I wrote him, I begged him but there was little impetus”.

He would have known who is where, who is closest to which polling station and who can encourage who to go vote.

Comparing to what ZANU did with the ZEC phone numbers, MDC could have done way better.

Chari said after failing to work with MDC, he later worked with Pachedu Zimbabwe.

“After elections, I worked again with MDC USA so that folks at harvest who don’t have a good grasp of modern tech could see it play”

Thabitha & Mai Kore saw how organized the folks were at their congress. Everything is done online, every payment is processed. There is transparency & accountability. Those whose memberships are abt to lapse get email & sms reminders.

“For 7 years, I worked on this and never asked for a cent. I have used my own cloud infrastructure for some of the things. Only last yr I asked the US leadership to take that tab because I know they can afford it”.

Chari said he has so far spoken to Senator Coltart who he thinks already an effort going on.

” I told him my thoughts about trying to reinvent the wheel. I am not going to comment more on this but I have done all I can to provide some leadership in a realm that I know well”.

He added that if MDC says it wants a Smart Government then they should start by being smart themselves.

Below is the full thread.

BREAKING : Zimbabwe Named As One of the countries Behind USA...

pgambakwe - June 1, 2020 0
Zimbabwe has been named as one of the countries whose governments are formenting Unrest in the USA. The list...

Thabani Mpofu Presents Himself to the Police

Anna Clairs - June 2, 2020 0
Apostle Simon Shiloh says foreign minister Sibusiso Moyo will be promoted into a higher position in Zimbabwe. He said he saw in vision in the...