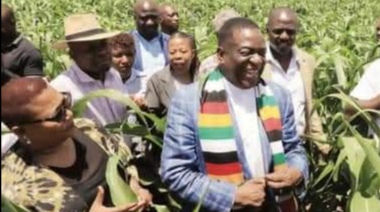 In a new and surprising development, Thokozani Khuphe of the MDC has boycotted the POLAD Meeting which is being addressed by ED Mnangagwa at Rainbow Towers this morning.

While other guests are already seated and ED Mnangagwa has already arrived, the two prominent opposition figures are not yet at the venue.

It was rumoured this week that members of POLAD asked Dr Thokozani Khuphe to slow down, however POLAD Spokesman, Khaliphani Phugeni dismissed this as false.

There are various disagreements in POLAD centered around committee appointments.

Madhuku has made various demands for the current constitutional ammendments to be reversed as recommended unanimously by POLAD.

There have been suggestions that POLAD is facing collapse if MDC-T and NCA pull out.