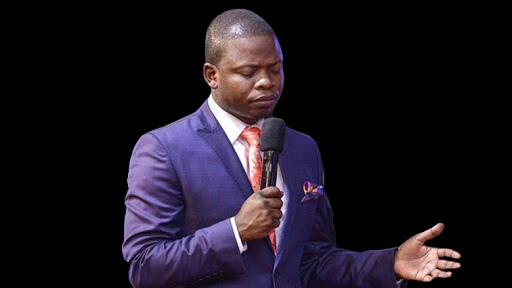 Prophet Bushiri took to Instagram to inform the general public of the mishap that befell his church.

“This is to inform the general public that last night some people wanted to burn down our two main tents which are our overflows at Pretoria Showgrounds. We thank God that we quickly came in with our fire extinguishers and also the Fire Department acted in time”, Bushiri

There were no casualties recorded as we quickly contained the fire using the church’s fire extinguishers and the help of the fire department.

Bushiri said the police will have to take the matter seriously and investigate thoroughly why people had to do such an evil act.

Bushiri added that they will continue as a church,  to be in prayer, asking God to keep protecting them at the same time shaming and exposing those who want to destroy the church He built.

The prophet said this is too small of a test as he has been persecuted together with his church and survived the bullets and cheap media propaganda.

Apostle Chiwenga Confession : It Pains Me To Give My Parents Money