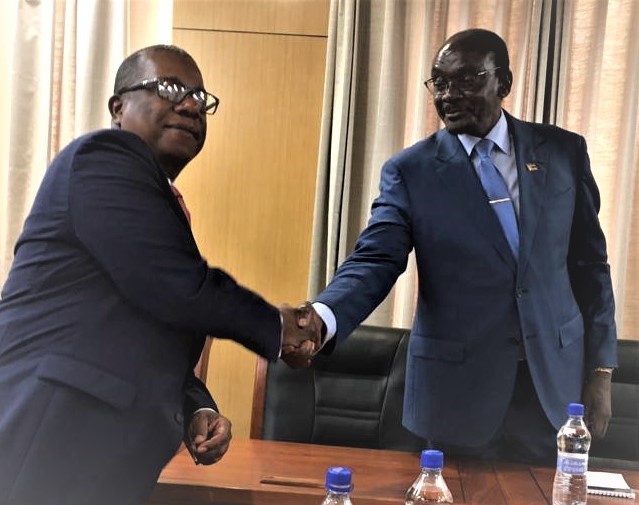 It was a call to check in with his Excellency Vice President Mohadi on the current situation and continue dialogue on issues of food security, mitigating drought and linking with the effects of cyclone Idai.

Vice President Mohadi said they had a very good interaction with the Ambassador of US to Zimbabwe.

“We discussed a number of issues that include reforms in terms of legislation, electoral reforms and drought imitigation”, said Mohadi

I met with Vice President Kembo Mohadi today to discuss U.S. assistance to the people of Zimbabwe, the importance of national dialogue, and Zimbabwe’s need for further political and economic reforms. pic.twitter.com/Alo8FMBgDK

US Ambassador Nichols said the political and economic reforms are a good initiative but there should be concrete outcomes of the process in order to have a close relationship at a government to government level.

” It is important for the Zimbabwean government to ensure stability in the banking and financial services sector especially on the interbank foreign exchange market”, said Nichols

The relationship between Zimbabwe/America is expected to strengthen as the two countries will continue dialoguing until they reach a point of understanding.

Brian Andrew Nichols an American diplomat, presented his credentials in July 2018 as US Ambassador to the Republic of Zimbabwe.

Ambassador Nichols has earned over 20 awards during his diplomatic career including 2016 Charles E Cobb, Jr. Award for initiative and success in trade development.

Nichols previously saved as the Ambassador to Peru from 2014 to 2017, he supported American trade and investment in Peru, increasing agriculture sales to over $1 billion annually.

pgambakwe - February 14, 2020 0
Fungisai proves once again that she is the most versatile gospel musician in Zimbabwe. Watch as she performs Prophetic...