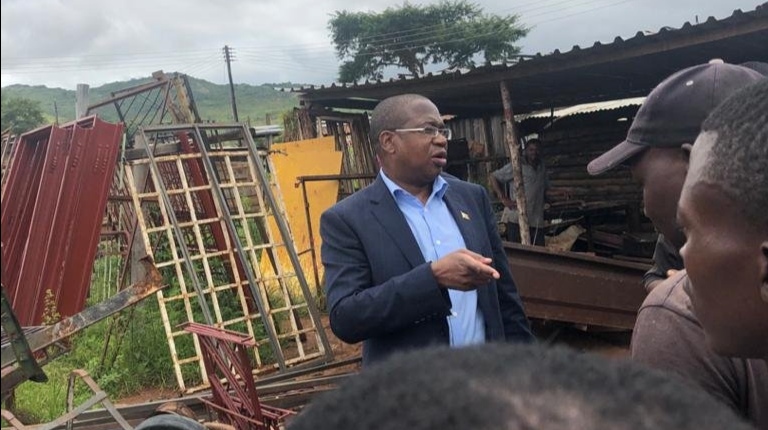 Zimbabwe Minister of Finance and Economic Development, Mthuli Ncube travelled across Zimbabwe this week and shared pictures and videos of his travels and under the hashtag #MthuliWithThePeople.

However, he was unable to provide answers to the many questions he was asked.

Ncube was in Nyanga, Rusape and Mutare before heading to a holiday resort in the lowveld.

Welders in Nyanga told Ncube about the challenges they are facing with fuel, electricity and cash shortages.

The welders told Ncube that they have no access to bank loans as banks demanded payslips, to which he suggested that they should try a bank which can give loans throgh cellphones such as Steward Bank.

Ncube also visited Pic N Pay Rusape where he talked to the branch manager about the supply of subsidised maize meal.

Ncube then stopped at Montclair hotel in Nyanga where he posed for pictures with staff members  before heading for game viewing at a game park in the lowveld.