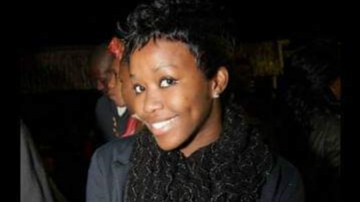 The Alexandra community in Sandton is up in arms after a young mother , Samantha Radebe, was shot as police exchanged gunfire with carjackers.

Samantha had just dropped off from a taxi when she was shot.

Sowetan reports that witnesses in Alexandra claim police did not have to shoot, as the people they were chasing did not have guns and were just running away.

Samantha is survived by her husband and 2 children: a six year old and a one year old.