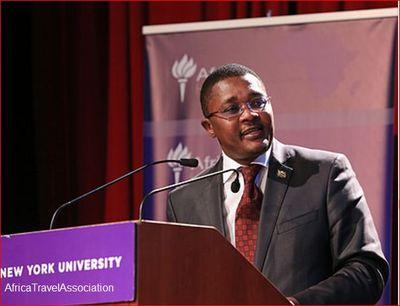 The deposed former cabinet member Godfrey Gandawa has announced the existence of a new political party called People’s Party which has Walter Mzembi as the interim president.

In a press statement, Gandawa said Mzembi is being deputised by himself and Lloyd Msipa while the rest of the leadership will be revealed in due time.

He said ” We are a political party that believes Zimbabwe belongs to all who live in it.

The mission of the People’s Party is to establish for the first time in our history, a fair and just society which will enable the people of Zimbabwe to unleash their talents and ingenuity so that their potential can be fully realised” he said.

“We further believe that w can work with you in assisting Zimbabwe to liberate themselves, stop Human Rights abuses, eradicate povert and enhance economic emancipation,” added Gandawa.