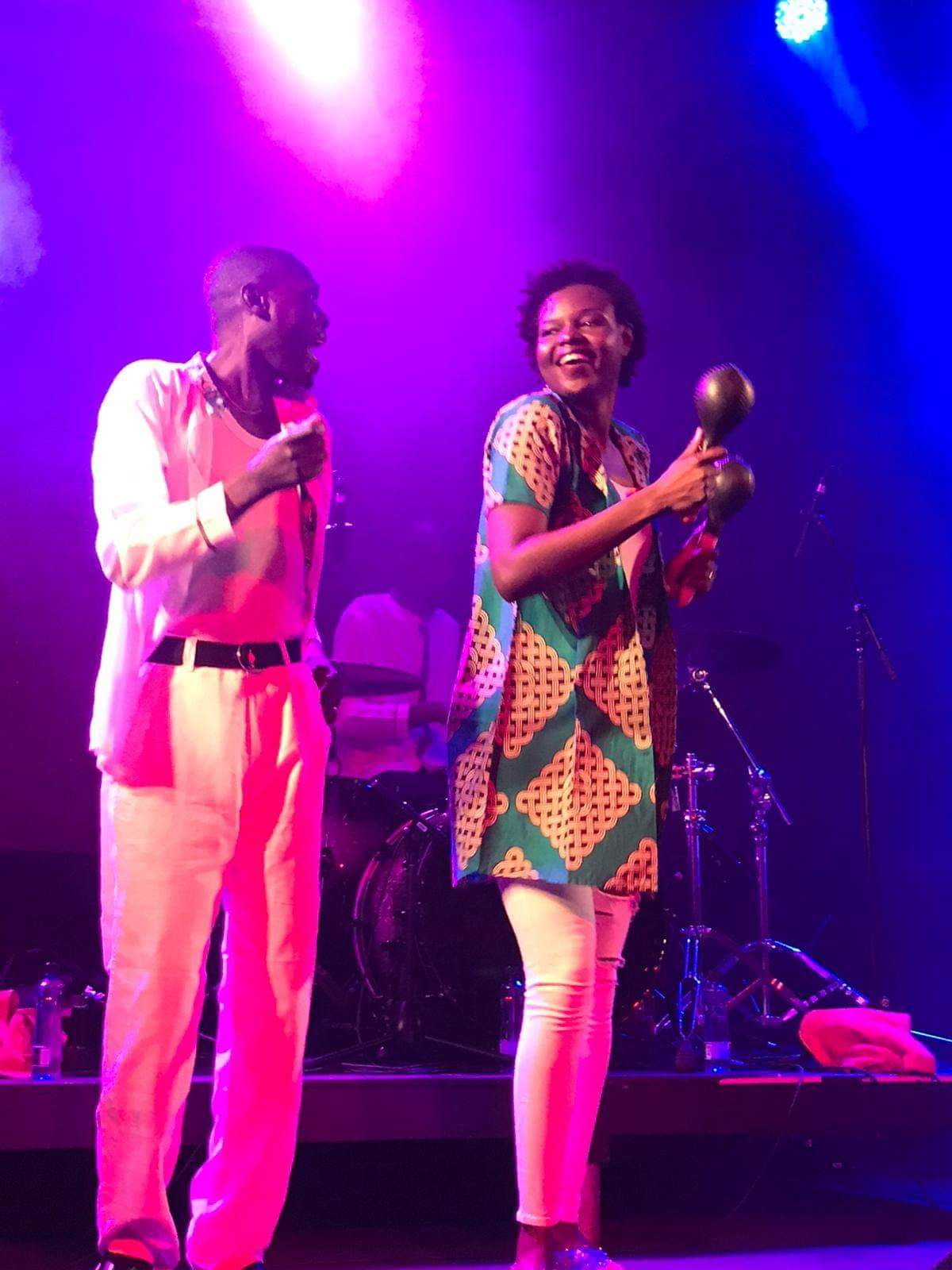 Selmour Mutukudzi and her band over the weekend rocked Australia. They were performing live in Sydney Australia.

They wowed the crowds and they kept on begging for more. The dances that they performed on stage ignited a Tuku memory in the eyes of the music revellers.

On stage Selmour performed alongside a Tuku look alike. The band is not yet finished with Australia, they are set to perfon again in Melbourne, Perth and South Africa before they come back home.

Selmour has invited her Ausie fans to make a date with her and the band before she lives the country.