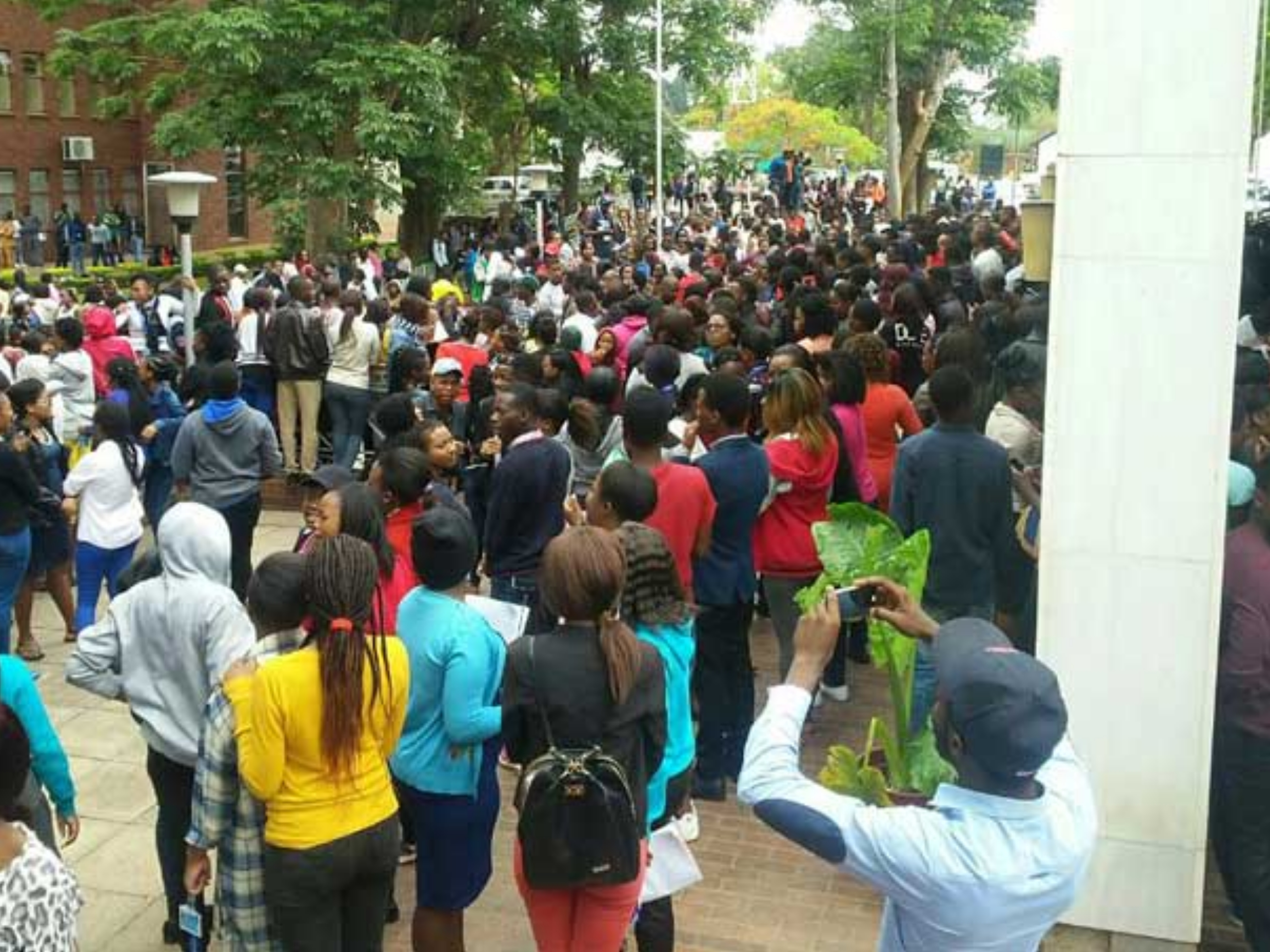 On his twitter handle, Haruzivishe said “Serious violence at the UZ campus as Zanu Pf youths are stoning students and University security in a bid to steal ballot boxes following a humiliating SRC defeat for Zanu Pf aligned students movement ZICOSU.
Stones and Machete are everywhere,” he said.

Haruzivishe said Zanu Pf driven violence will still not add up to the number of votes won by Mataranyika.

“Even if we are to add the number of stones thrown at UZ students today by Zanu Pf youths and the number of bullets fired by riot police on campus plus the ZICOSU votes, they will never equal ZINASU,”.

He added that some of the perpetrators of the violence are Tafadzwa Mugwadi, Paul Mavhima (minister Larry Mavhima’s son) Zambara, George Makonese and Pijiwest Nhamburo (ZICOSU President) are some of the Zanu Pf youths who were leading the brutal attacks against the UZ security and students today.

One of the students who commented, Tendai Mawungani said “very true, parohwa munhu kwete zvekutamba (people have been heavily beaten), Zanu Pf on campus is an evil union.