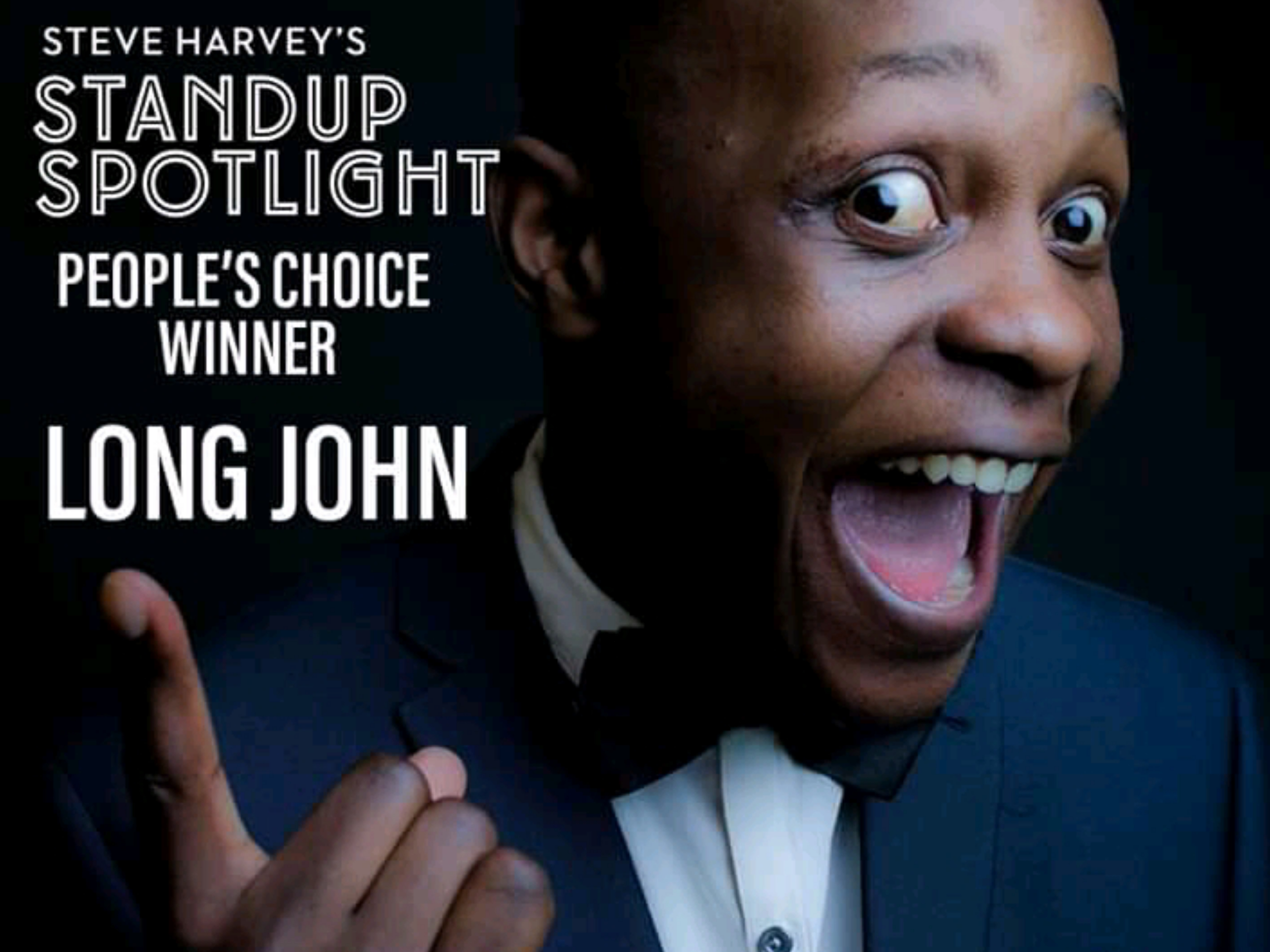 Zimbabwean Stand Up Comedian Long John has broken the record as the first African to win an international comedy competition.

He was voted the People’s Choice winner in the Steve Harvey Stand Up Spotlight Competition amongst comedians from all over the world.

Steve Harvey complimented the award winning stand up comedian Long John as funny , animated and that he had great stage presence. 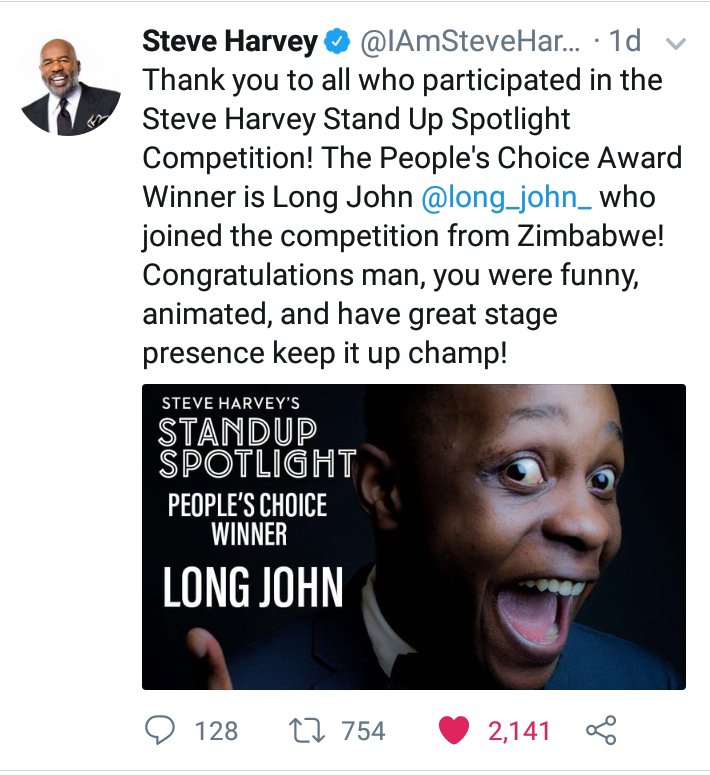 Long John has shared the stage with great international stand up comedians and has has sold out many comedy shows in Africa and overseas.

Born Learnmore Mwanyenyeka Jonasi , Long John has taken stand up comedy to a whole another level with others comedians such as Doc Vikela and Carl Ncube.