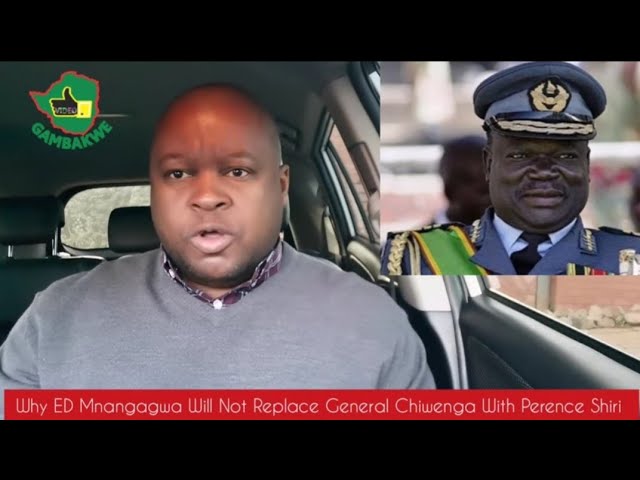 Chief Air Marshal Perence Shiri has a colourful History: His real Name is Big Boy Chikerema and he was born on 11 January 1955. He is a cousin to Robert Mugabe and is nicknamed Black Jesus due to his Ruthlessness.

Perence Shiri is currently Zimbabwe Minister of Agriculture responsible for Command Agriculture. He was Commander of the Air Force of Zimbabwe until 1 December 2017 When he was appointed by ED Mnangagwa after the Coup.

He was promoted from Air Marshal to Chief Mashal on Retirement in December 2018.

Shiri was granted a place at the Royal College of Defence Studies in London.

Shiri was appointed as the commander of the Air Force of Zimbabwe, taking over from Air Chief Marshal Josiah Tungamirai.

Shiri was reported to have organised farm invasions by war veterans

Succeeded Josiah Tungamirirai, A Karanga, who died of poisoning.

Shiri was ambushed on 13 December 2008, while driving to his farm.

– Shiri was in command of the Zimbabwean troops in the DRC

Conclusion
– Shiri likely to be passed over again for promotion to VP
– First reason is the Zezuru factor. The Shumbas will not allow the presidency t fall into the hands of the Zezurus.
– Massacres in Matabeleland and Chiadzwa
– Close relationship with General Chiwenga

Half A Million USD Maintenance For Mary Chiwenga

pgambakwe - January 19, 2020 0
Zimbabwe Billionaire, Strive Masiyiwa, has dropped from the top 10 list of African Billionaires. The Top 10 Billionaires are...